Unmatched the board game now has a lot of characters that you can play with. With 12 sets available containing a total of 32 characters and even more sets & characters to be released in the future, there might very well be a character for everyone. However, every game always has characters that are stronger than the rest of the characters and Unmatched is not an exception to this rule. In this article, we'll take a look at the 5 strongest characters currently in the game.

To determine what characters are the strongest in the game, I'll be using my experience with playing all the sets in a competitive environment and I'll also be using the data provided by UM League.

UM League is a website that hosts tournaments along with a monthly ladder season. They gather all the data in one place so that it makes it easy to see what the win rates of each character are. If you are looking for a place to play Unmatched online, then UM League is certainly the place you want to go to.

But without further ado, let's get started with the ranking of the characters. 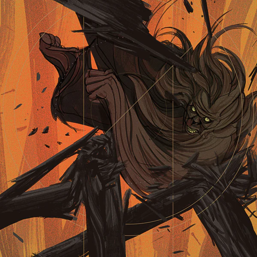 Bigfoot has been one of the best characters in the game but lately, he has been dropping down within the tier lists. But even with stronger fighters coming out and beating Bigfoot down a bit, Bigfoot is still a threat to a lot of fighters in the game.

Bigfoot is a very consistent fighter. He is able to draw an extra card at the end of his turn if there are no other characters in his zone. And this is optional, so if he gets close to the end of his deck, then he can choose to stop drawing the extra cards. Bigfoot comes with some great attack cards along with some auto-damage from his sidekick.

Bigfoot is able to keep up the pace through his extra draw and to keep attacking the opponent. His attacks will usually be higher than their defenses, so damage can be guaranteed. Bigfoot also has a total of 5 cancel cards, so he is great against fighters that rely on an effect on their cards to deal damage. 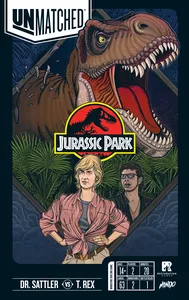 T-Rex is a new addition to the list of Unmatched characters. She is the first large character in the game so she has had great attention from the community. And who doesn't love a big dinosaur?

T-Rex is defined by her aggressive playstyle. Her effect allows her to draw a card at the end of her turn. This means that she will go through her deck very quickly and usually has a hand full of cards. Most of her cards are attack cards that allow you to boost them. This allows her to constantly maneuver after the opponent and to keep attacking them until they run out of defensive cards. She also has 27 hitpoints, the highest amount of hitpoints on a character currently.

However, she only has a movement value of 1, so she will most likely be boosting her movement every turn. If the player is able to stay away from the T-Rex for long enough, she will eventually die due to the amount of draw that she has. She is also vulnerable to attacks as she doesn't have a lot of ways to defend herself against attacks. 27 hitpoints is a lot, without any defenses, that amount can be easily reached. 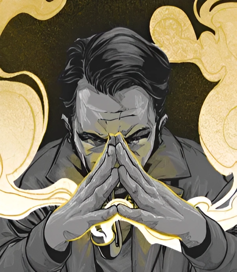 Sherlock Holmes was introduced in the Cobble and Fog set. Since then, he has been banned from a lot of play in tournaments. This is mainly because his main strategy is "boring" but it also makes him this strong. Sherlock Holmes doesn't have any big hitters or big defense cards, but he is able to maneuver each turn and run away from the opponent. Only hitting them occasionally when it is beneficial for him.

The reason for this is in his scheme cards. He has 7 scheme cards that allow him to pass his action. This means that he doesn't draw a card and so doesn't get further into the exhaustion game. The main game plan for Sherlock is to stay alive, and use two cards as a combo for guaranteed damage while also disrupting the hand of the opponent. And eventually making the opponent run out of cards to win the game. 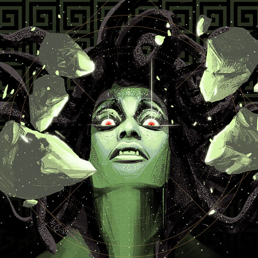 What makes Medusa this strong is that she is ranged and has a lot of very good attacks. She is able to consistently make the opponent discard their cards while they also want to be able to block the very powerful cards that Medusa will throw at them.

Her ability is also very good. If at the start of her turn an opponent is in her zone, then she is able to deal one damage to them. One damage doesn't sound like a lot, but because this is in her zone, it makes it very annoying for melee fighters to approach her as that damage will stack up throughout the game. It also clears out any sidekick that is in her zone as sidekicks (apart from Yennenga) have one health. 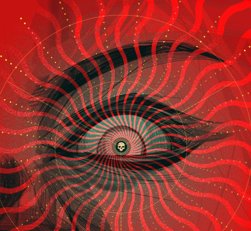 Elektra is one of the newest fighters. Appearing in the Hell's Kitchen set, she has basically taken over the latest Summer tournament in UM League. Elektra is currently enjoying a very nice 93% win rate across 29 games in that tournament and a 72% win rate across all her 283 plays. So she is very much a force to be reckoned with and clearly the strongest fighter in Unmatched at the moment.

The reason why she is so strong is because of the strong cards that she has combined with a very strong effect. Her effect allows her to resurrect when she gets defeated for the first time. When she resurrects, she'll shuffle her discard pile back into her deck. So running her out of her deck isn't really an option. Along with that, she also has 4 sidekicks (the hand) that can block other fighters from attacking her. Combine that with strong cards and hand manipulation and you have Elektra.

Her downside is that she doesn't have a lot of health. But that can easily be overcome by having your allies close.

Unmatched: Battle of Legends, Volume One