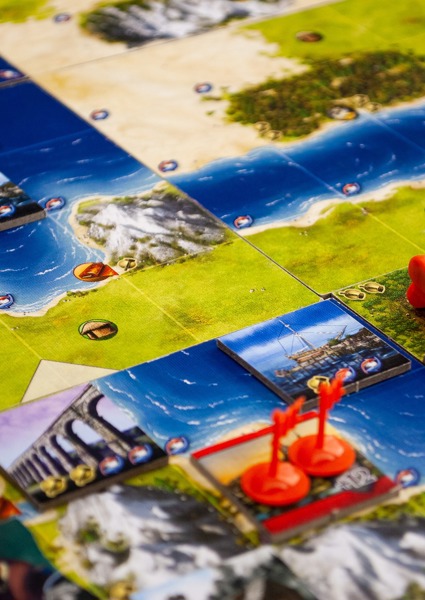 All Ticket To Ride prices

Information about Ticket To Ride


Ticket to Ride is a quick, ideal gateway gaming experience which can be learned in three minutes yet can provide hours of entertainment for the whole family. The goal for Ticket to Ride is simple – build your railways across North America by either drawing cards or building tracks, all the time hounded by competing railroad companies.In Ticket to Ride, you receive a map with routes connecting various cities in North America. At the start of the game, you receive your trains (which mark which routes you have claimed), a few train cards and the pick of three secret destination cards. Players may discard all or none of the destination cards, each of which will provide additional points for completion (or subtract points for non-completion) at the end of the game.Turns in Ticket to Ride go by very fast as there is a limited number of decisions to be made. Players can either pick up more cards (from the face up cards or the hidden deck), claim a route by paying for it using the train cards drawn or pick a new secret destination card. Routes on the map can be claimed through discarding a sufficient number of train cards from those held in their hand.At the end of the game - a situation caused by one player having 5 or less trains - points are scored for routes owned, secret destinations completed or not and additional bonus points (depending on the cards played).Overall, Ticket to Ride players very fast, is incredibly simple to learn and teach but has a ton of replay value as the randomness of card draws and the interaction between players on routes creates a high level of replay-ability.   2-5 PLAYERS |30-60 MINS | AGES 8+

Price history for Ticket To Ride