Spirit Island is a board game that was released in 2017 by Greater Than Games on Kickstarter. The Spirit Island Kickstarter raised a total of $84,176 through the pledges of 1178 backers in 2015 and was fully shipped to all backs in 2017. In the years after that, it gained a lot more popularity and is currently sitting on the 11th spot in the ranking on BoardGameGeek. That is quite an accomplishment.

Throughout the years, there were also new expansions released for Spirit Island. And if you are a big fan of the game, then you'll want to know which ones are available for you to get. This article will list all of the current expansions and any new/future expansions. There are currently 3 expansions for the game and also 2 promo packs that include less content.

I am personally a very big fan of this game, so these are all expansions that I personally vouch for and I can't wait to see what other expansions will be available for Spirit Island in the future.

But without further ado, let's get started with the expansion list. 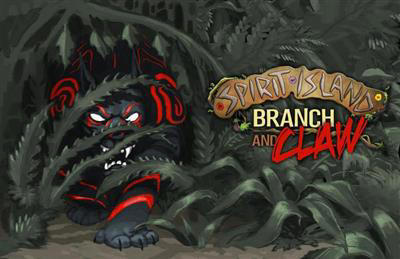 This expansion was also released in 2017, just like the base game. It was part of the original Kickstarter as a stretch goal. This expansion adds a lot of new content & mechanics to the game.

First off, it adds event cards. Event cards are resolved in every invader phase and have various effects. Some can be good for your island by adding new tokens (more on that in a bit) or the effects could work against your island and your spirits.

Talking about spirits, this expansion adds two new spirits to the roster:

These are both very interesting spirits that play around with the new tokens introduced.

And then finally the tokens. There are 4 new types of tokens in this expansion (Strife, Wild, Beasts, and Disease). These can be placed by certain cards or by the events in the event deck. The tokens each have a one-time use unique effect, except for the beast token, that helps you defend the island:

Along with all that, it also adds some new things from mechanics already in the base game like: 3 years after Spirit Island released a new expansion. This expansion was called Spirit Island: Jagged Earth and was released in 2020. This game was also first on Kickstarter. It started there in October 2018 and was finished in 2020. This time they managed to get $795,104 in funding. If you compare this with the initial $84,176 for the base game, you can see that Spirit Island is a really popular game.

Spirit Island: Jagged Earth was also a very big expansion in comparison to the Branch & Claw expansion. There were a few new mechanics, but this expansion mostly build upon the mechanics already present in the base game.

First off, this game gives you 10 new spirits to play with. This is already a lot more than the 2 in the Branch & Claw expansion. The 10 new spirits in Spirit Island: Jagged Earth are:

There are also now the badland tokens. These increase the damage to the invaders & Dahan by 1. So this can help your island or just have you destroy all its inhabitants. Along with that, the game includes components to allow you to play with 6! people and has a way to play with split islands.

And if that wasn't enough yet, there is a ton more content in this expansion. The list of other content for Spirit Island: Jagged Earth is:

This basically doubles all your content from the base set. Which might sound very appealing to you if you are a fan of the base game.

Spirit Island: Nature Incarnate is an expansion that hasn't been released yet, so there is not a lot to talk about it yet. Nature Incarnate was announced on June 14th, 2022, and will be crowdfunded on October 2022.

What we do know is that Spirit Island: Nature Incarnate will include:

When I know more, I'll make sure to update this page with the relevant information.

While not exactly expansions in the name, I also want to talk about Promo Packs. Spirit Island has two Promo Packs (1 & 2) which include some new content.

Promo Pack 1 is very easy. It only includes the following 2 spirits:

Both of them have a high complexity rating.

But along with that, it also contains:

For players looking to buy both promo packs, it might be beneficial to take a look at Spirit Island: Feather and Flame. Both promo packs are bundled in this set so that you don't have to find both of the promo packs in a store.

Will there be more expansions?

While there aren't any other announced expansions other than the ones listed here, it would be very strange if there are no other expansions coming in the future. With Spirit Island: Nature Incarnate right around the corner, it would be strange to stop there. I would expect there to be more Kickstarters after Spirit Island: Nature Incarnate is released everywhere, but that will probably take around 2 years.

And that is all! I hope this gives you a good explanation of what each set has so that you can decide on what to get for yourself. If you are planning to buy any of the sets above, maybe take a look at the website to see where you can a place to buy them. Due to the popularity of Spirit Island, it might be difficult to find some of the expansions.

But that is all for today. Thank you for reading and have a nice day!