Keyforge is a game that I've played since the beginning. The idea of only having to buy a pack and being able to play was very intriguing to me. No need to make my own decks and figure out what the meta is. Just buy a deck, see what it does and then try to win some games with it. Simple enough!

But then the news on 10 September 2021 shook the Keyforge community. According to FFG, the algorithm for making decks was broken. They then announced that any further expansions would be put on hold until the algorithm could be fixed. At the time, this didn't seem like an issue, but after some time without communication, it became difficult to see Keyforge coming back.

But eventually, it did. But this time under the name of a different publisher and some changes to the core game that will impact the players playing it. In this article I'll give a quick rundown on what happened with Keyforge and where it'll be heading in the future. Is Keyforge coming back or is it still around? Keep reading to find out!

But let's get started with some general information about Keyforge. Keyforge is a card game designed by Richard Garfield and originally published by FFG. The special feature of Keyforge is that each deck is unique. Due to an algorithm, there are never two of the same decks around. This also means that you are not able to modify the decks that you get, you are limited by what the algorithm gives you.

This limiting factor can be positive or negative for you. You might want to build a deck around a specific card or mechanic, but you won't be able to do so. However, it allows newer players to get into the game by just buying a single deck, instead of having to find all the meta-relevant cards. And it allows the designers to add mechanics that they wouldn't be able to do with a normal card game. Some of these mechanics adjust other cards in your deck when the cards are printed. So the same type of card could have different effects in other decks.

But other than that, Keyforge is a 2 player game and you win the game by forging 3 keys. You can create one key by generating 6 aember in the game. There is also combat, but the player itself doesn't have a health total. The only way to win or lose is through forging 3 keys. Although this is easier if you are able to defend your cards and have some board presence so combat is still important in this game. 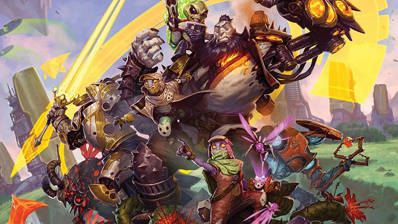 Why did Keyforge stop?

Keyforge had been around for some years when the news of the broken algorithm reached the public. It had already released 5 expansions, along with adventures where you could play together with friends against an enemy in a PVE style of game. And while you never know anything about the sales, it seemed like there was still an interest in the game. Not as big as when the game was released, but still big enough to create expansions for.

That is why it came as a surprise when we heard about the broken algorithm. There were already so many expansions & decks, so how could it break that badly? There have been a lot of rumors around it, but we'll never really know what happened there. In the end, it probably wasn't profitable for FFG anymore and they let the pause continue on without any communication.

Of course, it could have been likely that FFG was still planning on continuing Keyforge, but this becomes difficult without any communication. But eventually, a new publisher was found that took over the Keyforge license.

The new publisher Ghost Galaxy announced that Keyforge had been bought. They also announced that the next expansion would be coming through a Kickstarter to see how much interest there still was in the game. If succeeded, it would also allow the publisher to bring the expansion to retail and to make sure that Keyforge can come back from the state before the pause.

The Kickstarter was a great success, it managed to complete its funding goal in 27 minutes and finished the Kickstarter with a total of $1.101.183 among 6172 backers that backed the game. This a great way to show Ghost Galaxy that Keyforge is still very much alive and thriving among the community. The Kickstarter is currently finished and awaiting shipment to all their backers. We can assume that it won't take long after that to also bring the expansion to retail.

But we also got some more insights from this Kickstarter. 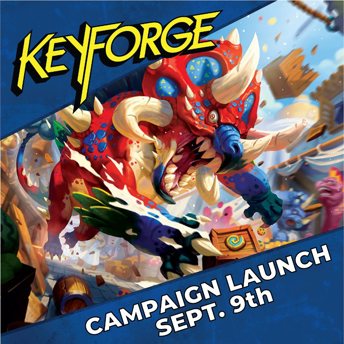 One of the pledges introduced a concept called Unchained decks. These are generated decks without any of the balancing rules in the algorithm. This means that there most likely be a lot more chaos in those decks, but it means that you'll find very weak decks or very strong decks that wouldn't be printed normally. It is interesting to see that Keyforge is experimenting with this and maybe it is something that'll come back in the future. For now, the only way to get them was through a pledge goal in Kickstarter.

Another piece of news that got announced is the new expansion. It'll be called Grim Reminders. It'll come with a new house and an interesting new mechanic. Unfortunately, that is all the information we have about it for now. But knowing that a new expansion is already planned, gives us a good insight into the future of Keyforge. 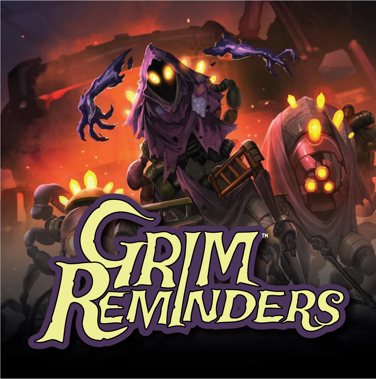 Next adventure: Fall of the House Gormengeist

Ghost Galaxy also announced a new adventure called: Fall of the House Gormengeist. This adventure ties in with the next expansion and allows up to 4 people to go through this PVE-styled adventure. It is not clear if this adventure will also be available in retail or if this will be a print-and-play adventure like the other adventures. 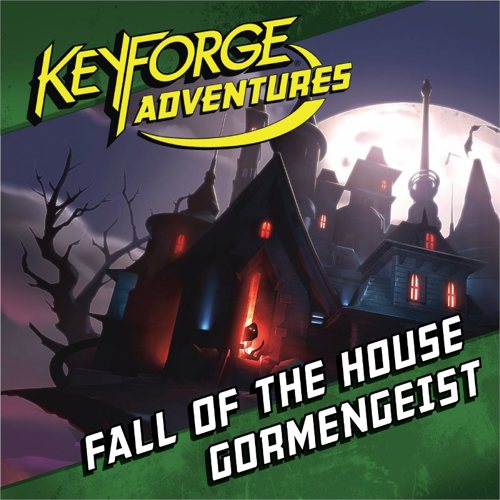 The last thing that I want to touch on is the new tournament formats that had been announced. These formats are different from what we were used to and how Keyforge was presented before. While it was met with some criticism from the community at first, feedback was gathered and changes were made. These formats are also still in testing, so if they don't work out, they can either get changed or replaced entirely. So let us go through all the formats.

The Archon sealed and standard formats are for the most part the same. The only difference is that you'll bring a sealed deck for sealed, so without opening it first, and for standard, you'll bring a deck of your choice.

With the Archon format, you'll be playing a best-of-three with your deck. The winning player will continue in the brackets and eventually get to the final.

The differences between sealed and standard formats are the same as the Archon format. Although, with sealed you'll be given two sealed decks.

With the Alliance format, you are allowed to combine house pods (all the cards belonging to a single house in a deck) between multiple decks of the same expansion. So if you buy 3 decks, you could take one house of all three decks and make a new deck of it. This will allow you some power with deckbuilding but still gives the unique feeling that Keyforge is known for.

So is Keyforge coming back?

With all the news announced at the Kickstarter, we can be certain that Keyforge is coming back with full strength. There are already plans for a new expansion and a new adventure, all plans that probably wouldn't be there if there were no plans of Keyforge officially coming back. I think that the coming periods will be crucial for Keyforge to see how much interest there is from the retail and whether it will be worthwhile to continue the production. But I am excited for whatever is going to happen and I hope that you are too.